The New WSF President will Continue to Cooperate with Ethnosport 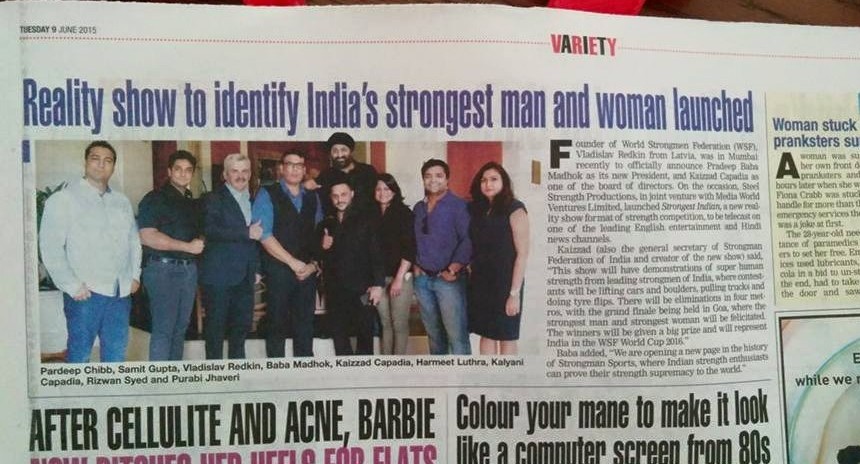 Pradeep Baba Madhok, the new President of the World Strongmen Federation, said that he would continue to cooperate with ethnosport, and proposed to strengthen cooperation with the Ethnosport World Society (EWS).

The election of the new president took place in Mumbai (India), at the meeting of the executive committee of the World Strongmen Federation (WSF). Pradeep Baba Madhok has long worked with the strongmen as the President of the Indian Bodybuilding Federation (IBBF). He intends to use this resource to organize the “Strongest man of India” tournament, which will be held in 25 Indian cities. Winners of the regional tournaments will take part in the final, which will take place in Baga Beach in Goa in early October.

The final of the “Strongest man of India” tournament will be combined with the WSF World Cup, in which athletes from 10 countries will participate. The final program will include Indian ethnosport and traditional stick pulling. The show will be broadcast on the NDTV channel.

Pradeep Baba Madhok, the newly elected president of the WSF, said that he would rely on transparency in judging: “For example, when a truck is being pulled, it is immediately clear that someone is doing it slower than the winner, so this is a game of pure strength, and there is no problem with defining the winner.”

Vladislav Redkin, General Director of WSF, has developed a new format of the competitions, which includes ethnosport and “strongmen battle” team competitions in addition to the usual program. He has high hopes for enthusiasm of the new president to support the new format.