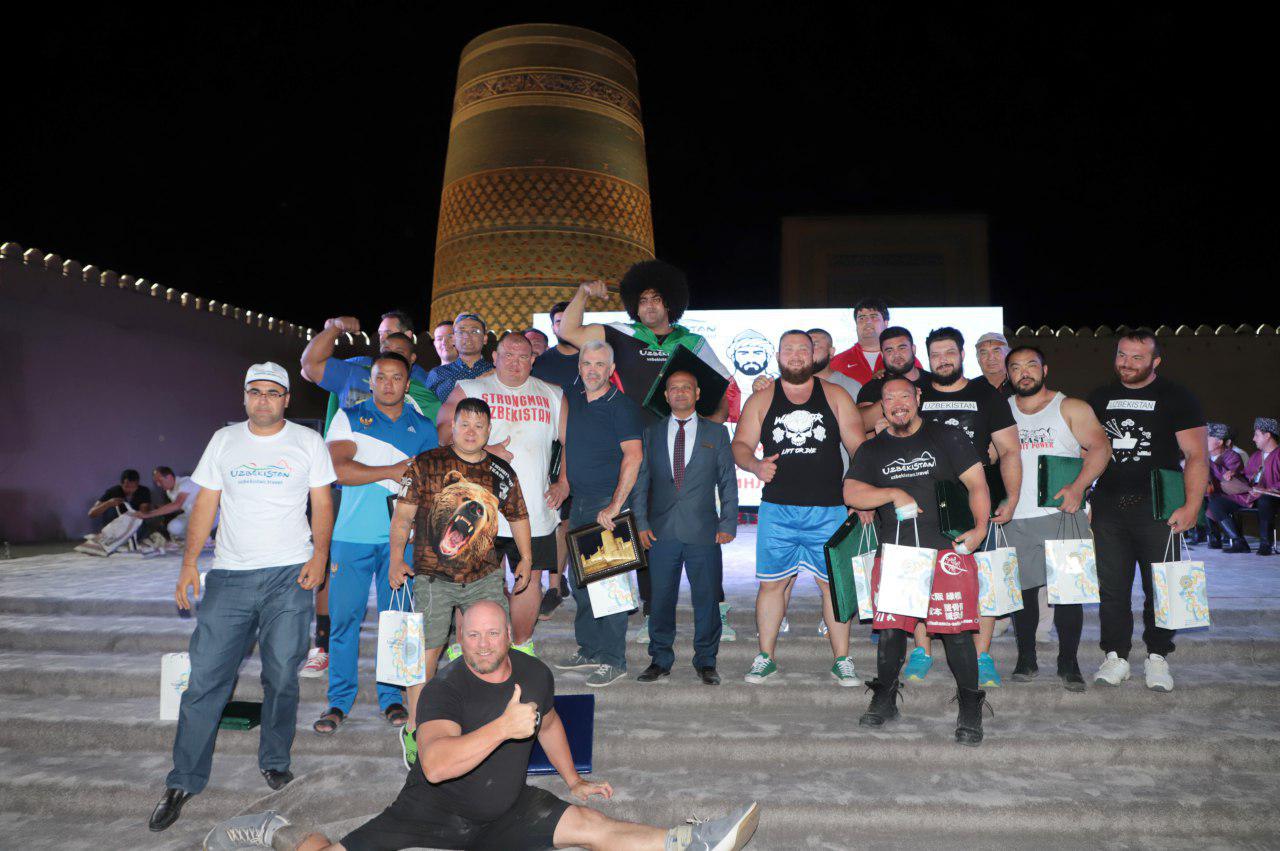 June, 7-9, I International tournament “STRONGMEN GAMES” named after Pahlavon Mahmud was held in Khiva. Within the framework of the tournament, the athletes competed on seven conditions. On the first day of the competition more than 10 foreign and Uzbek athletes competed among them.

According the acting Chairman of the State Committee of the Republic of Uzbekistan for Tourism Development,  Abdulaziz Akkulov’s speech, the  “Games of heroes” international tournament will help in the active promotion of sports tourism in the regions and demonstrate the multiple tourist potential of Uzbekistan.

June, 8, the strongmen demonstrated their skills on the conditions of laying 200 kg of stone on a column of a fixed height and carrying a load of 360 kg over a specified distance.

And on June 9, the athletes show their strength in interesting competitions, such as weighing a heavy truck (2 MAN-trucks), weighing a train locomotive in the Khiva railway station and holding heavy pillars.

According to the final summaries, the first place was won by the youngest participant of the competition, the champion of Ukraine in 2019 year, 24-year-old Pavlo Cordiaco. The second place was given to the Iranian Reza Gjayeti. The third place of Honor was awarded by Sergei Trubitsyn, the strongest wrestler of Uzbekistan and Alexander Kuzmin, the champion of the Russian Federation in 2018.

The ceremony of awarding the winners of  “Games of heroes” was finished in highest level with a gala concert of Khorezm masters of art.

The I International tournament was organized by State Committee for Tourism Development of the Republic of Uzbekistan,  the Khorezm region administration in cooperation with the Federations of “Uzbekistan Strongmen’s game and rock climbing” and “World Strongmen”.

It was awesome. Strongmen Games in Khiva.

Posted in News
« WSF World Cup in Jordan
Federation of Strongman and Ethnosports in India registered »
Both comments and pings are currently closed.