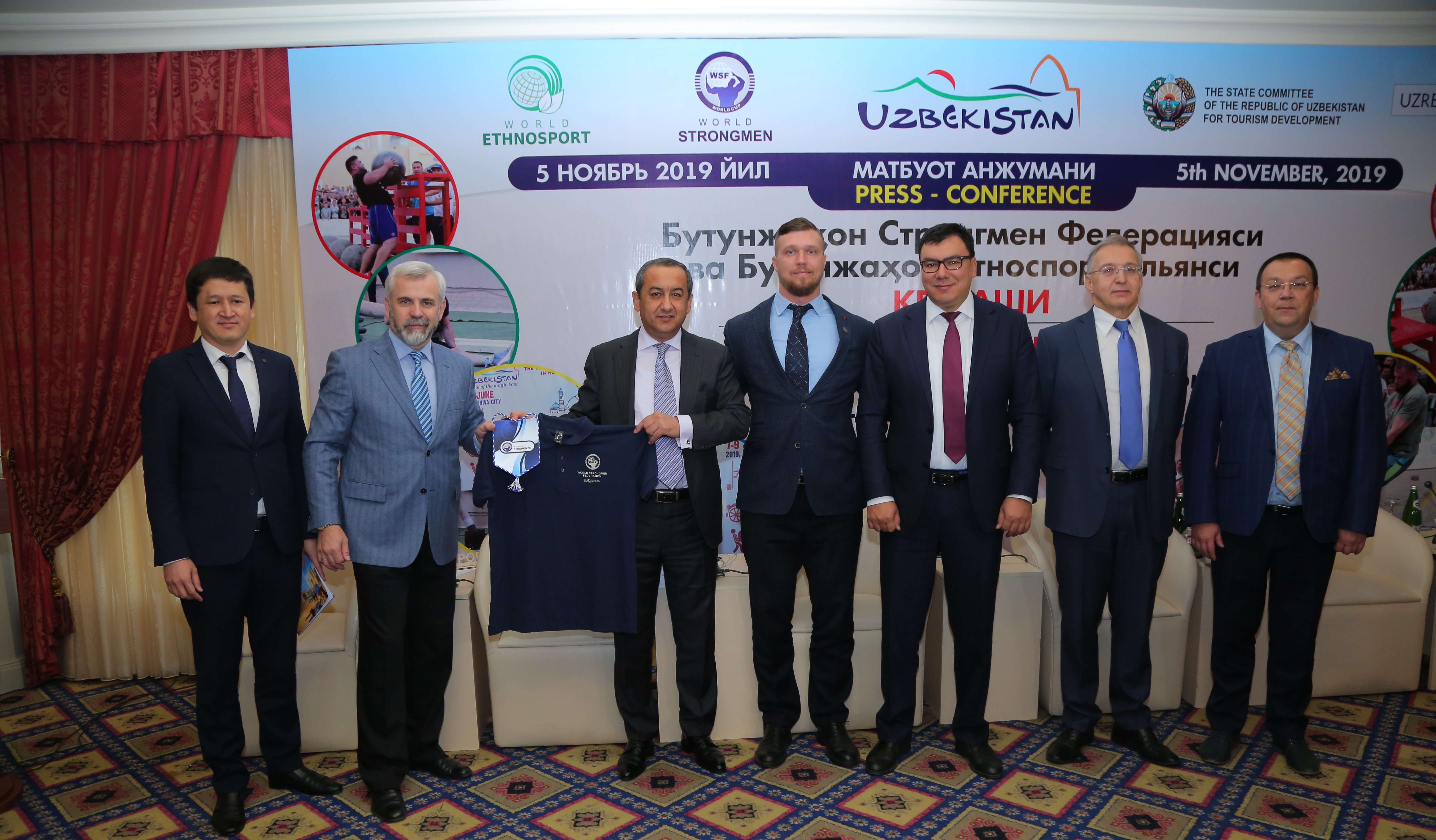 The Council of the Alliance of World Ethnosport and the World Strongmen Federation held its session on November 4 in Tashkent.

The meeting decided to elect CEO of the News Agency UzReport, Ravshankhon Djuraev the President of the World Strongmen Federation and Chairman of the Alliance of World Ethnosport.

The World Ethnosport Society was registered on February 6, 2012 in Montreal (Quebec, Canada). By the decision of the Council on June 7, 2018, the society was renamed into “World Ethnosport” and moved its headquarters to Riga, Latvia. The main goal of the organization is to preserve traditional games through the development of ethnosport.

Ethnosport is a modern folklore form of sport, which combines traditional styles of physical activity of different ethnic groups.

The World Strongmen Federation is a world-renowned organization in the field of strength athletics. Members of the WSF are 30 countries in the world, including Russia, India, Latvia, Great Britain, Morocco, Brazil, Greece, Hungary, the Netherlands, etc. The WSF organizes a number of Grand Prix and international championships, which are attended by the world’s leading power athletes.

The II International tournament Strongmen Games named after Pahlavon Mahmud will kick off in early June in Khiva (Uzbekistan). This event will mark the beginning of 2020 World Strongmen Series. Another major tournament – Ethnosport Challenge will simultaneously be underway in Surkhandarya.

This was decided during a meeting of the Council of the Alliance of World Ethnosport and the World Strongman Federation in Tashkent.

Athletes from more than 30 countries are expected to attend these events.

The State Committee of the Republic of Uzbekistan for Tourism Development will be the partner in the organization of these events.