The official letter to the Ministry of Sports of Russia 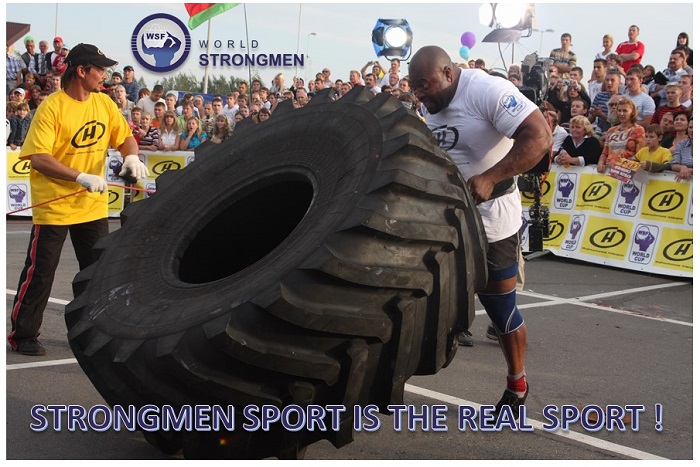 We are forced to report that in Russia our partner changed the format of the tournament, thereby violating the WSF regulations. This event was originally agreed with the WSF and declared as the “International Festival to identify the strongest nation in the world“ World cup ”, but chaged to championship “Strongman World Cup” U 105 kg and WSF as international partner has been replaced by Federation of Power Extreme of Russia on Strongman Corporation (Inc.).

Since the event will be held under the patronage of the Ministry of Sports of Russia, we sent a statement to the Minister of Sports with the following content (translated from Russian, a copy is attached below):

“Dear Oleg Vasilievich! Our appeal to you is caused by the fact that the President of the Federation of Power Extreme of Russia V.N. Grishchenko today announced that on June 5, 2021 in the village Teriberka of Murmansk region, holding the world championship in power extreme among men up to 105 kg “Strongman World Cup” (the official page of the FPER in the social network VKontakte: https://vk.com/wall-125222240_17060).

This event was originally agreed with the World Strongman Federation (WSF) and declared as the “International Festival to identify the strongest nation in the world“ World cup ”with the participation of men and women 18 years and older” and was included in the EKP for 2020/2021. (No. 742). However, today we learned about a sudden change in the format, as well as that instead of the non-profit public organization WSF, the private company North American Strongman, Inc., registered as a commercial organization in the United States, has become the international partner of the tournament, the main goal of which is to profit from the organization of sports shows. and the subsequent payment of royalties to the founders.

Without a doubt, the change of the international partner is caused by the desire to disavow the absence of doping rules in the organization of this tournament. The American company has no doping rules and no WADA compliance at all, while the WSF anti-doping rules are accepted by WADA and are constantly updated, as an application for membership in GAISF is currently being submitted.

We express our disturbance in this regard and condemn the position of the Ministry of Sports of the Russian Federation, which continues to ad hoc the vicious practice of encouraging doping, which is due to the fact that an international tournament is held without proper anti-doping support. At the same time, we are determined to eradicate doping in our sport – strongman, which in the Russian Federation is recognized as a “power extreme”, therefore we send a copy of this letter to WADA.

We hope for your adequate response, dear Mr. Minister. In consideration of your positive and many years of experience in managing a large international organization, we look forward to promptly bringing the regulations of this international tournament into compliance with WADA even without our participation, because we proceed from the fact that failure to comply with these requirements will have negative consequences in the future for the development of strongman sports, not only in Russia, but also in the world.
Looking forward to understanding and fruitful cooperation for the sustainable development of strongman sports in the future. Kinds regards”

We are on the right sports way, to real sport!