The decision that Arab countries on EWS board and WSF  Vice-President will represent Ali Al-Ebrahim from Kuwait was taken today during the meeting of General Secretary of WSF Vladislav Redkin and EWS President Alexei Kylasov with member of the ruling family of emirs Talal Al-Ahmad Al-Sabah.

It is important to note that Ali Al-Ebrahim enjoys the location and support of the ruling Al-Sabah family in Kuwait, whose influence in world sport is large enough thanks to Sheikh Ahmad Al-Sabah, the head of the Association of National Olympic Committees (ANOC) and the Olympic Council of Asia (OCA).

During the meeting, an agreement was reached on the establishment of a national federation of ethnosport of Kuwait, as well as holding in the country of the Arab Ethnosport Conference in April and traditional strongmen games under the new EWS & WSF formula in October. 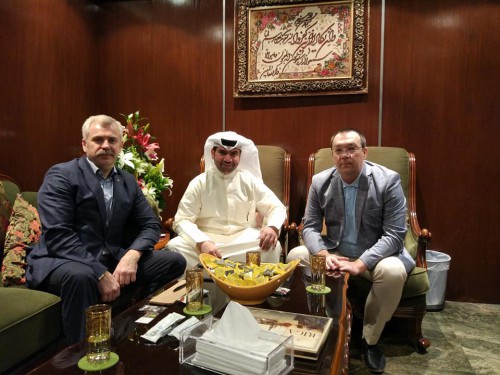