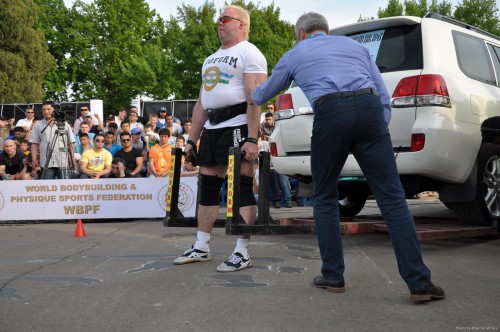 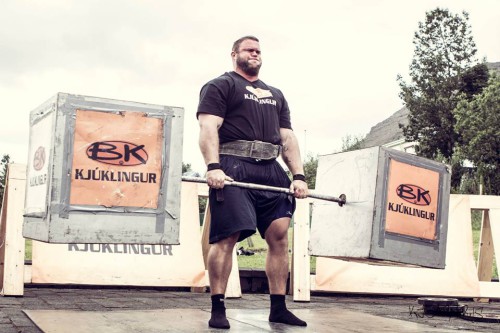 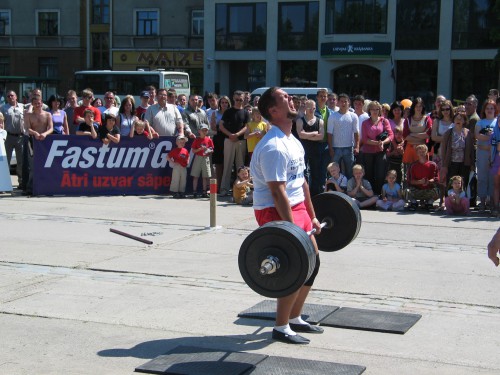 The athlete should stand facing the front part of the platform. Rod is placed horizontally before the feet of the athlete. The athlete takes grip in an arbitrary way with both hands and lifts it up while he does not take the vertical position (is exercised only in classical style). At the end of the rod lifting the knees should be completely straight, shoulders back. With the signal of the judge the athlete has to lift weight until the knees are straight, feet still in line, body straight and straightened, hips forward. By direction of a judge “down”, weight is lowered to the ground.

1 variant. Weight will increase for each stage, and attempts will be recorded after lifting. Athletes perform 5 sets, with the possibility to pass weight lifting, giveb notice to the judge in advance. After each attempt the athlete orders a new weight. Time limit – 60 seconds for each lifting, during which the number of attempts is unlimited. The one who raised the largest weight wins. In the event of the same results, those athletes who have used less attempts will be leaders. If still the result is the same, points will be divided

2 variant Weight will be increased for each round and attempts will be recorded after lifting. Level of the weight increase – 10 kg. Athletes are participating in all sets. Time is limited – 60 seconds for each lifting, during which the number of attempts is unlimited. The one who raised the largest weight wins.

3 variant. Pulling load with repetitions. Time limit – 60 seconds. The one, who performed the largest number of repetitions wins. Straps are allowed.

4 variant. Pulling load and maintenance. This is exercise for the time. Athlete carries out load pulling, rectifies and tries to keep the weight as long as possible in such a position. The judge begins the countdown only after the athlete purely performed the pulling. Timing stops when the athlete can not keep load – dropped it down or did not hold the straight posture. Straps are not allowed. “Super-suit” is allowed.